Halloween was a success!  The boy dressed up as his namesake, ‘Batman’.  He rocked the look at daycare and we managed to snag a few hundred pictures before he tore his wings off.

Can’t get him to look at me when I take photos.

I set the Stranger Things lights back up, this was a frantic ordeal.  I couldn’t get them online, ended up having to put my wireless access point outside and plugged the pi into that.  Yeah.. what Christmas lights would be complete without an internet connection.  Then the lights went all screwy and the pi got hotter than Hell.  I thought I fried it.  After troubleshooting I found the issue was with the power supply.  Luckily the little USB plug was enough to run the whole thing, and it ran like a champ once I got rid of the bad power.

The show ran for a few hours without hiccups.  Only one family stopped to text it.  They spelled their kids names.  The kids thought it was awesome, the parents thought it was more awesome. 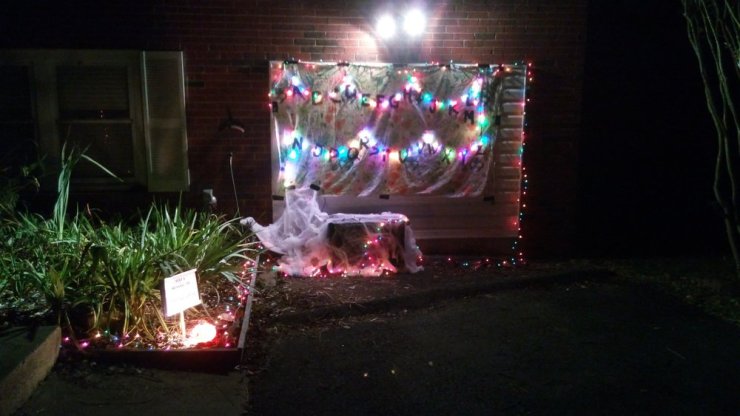 Now I’ve got a month and a half to figure out what I’m doing for Christmas.