First off, my chrome book doesn’t have caps lock, and every time I press the button that should be caps lock this handy dandy menu pops up to help me find things. It makes it hard to yell on the computer.

Neither does this, happy FRIDAY!

So I’ve been waiting a while to write about my fancy dancy new lawnmower. I probably shouldn’t have. My frustrated rants are best enjoyed in near real time. Now it’ll just sound like I’m talking it up.

It is super cool though.

If you haven’t gathered, I am a lazy lazy man. And when I found out that a Roomba-esque lawnmower is a real thing my decision was made for me.

The mower has a powered base station and a perimeter wire similar to a dog fence. When (and only when) the mower feels it is time it takes off and zig zags around the yard for an hour or two. Then it follows the wire and sometimes makes it back to the base station to recharge! It continues this process about twice a day every day.

The mower has a very small blade and it is the sacrificial component. I’m on my third already. The last blade was waaay past it’s prime. Ended up having to replace it and the plastic shroud. I don’t think this photo shows exactly how bent up the blade was. The mower is typically near silent so you know there’s a problem when it starts to sound like a truck.

The magic mower has not been without issues. There is definitely a problem with the wire, I may have to replace the whole thing if I can’t find where the problem is. It’s only 2000′ of partially buried wire. No problem.. 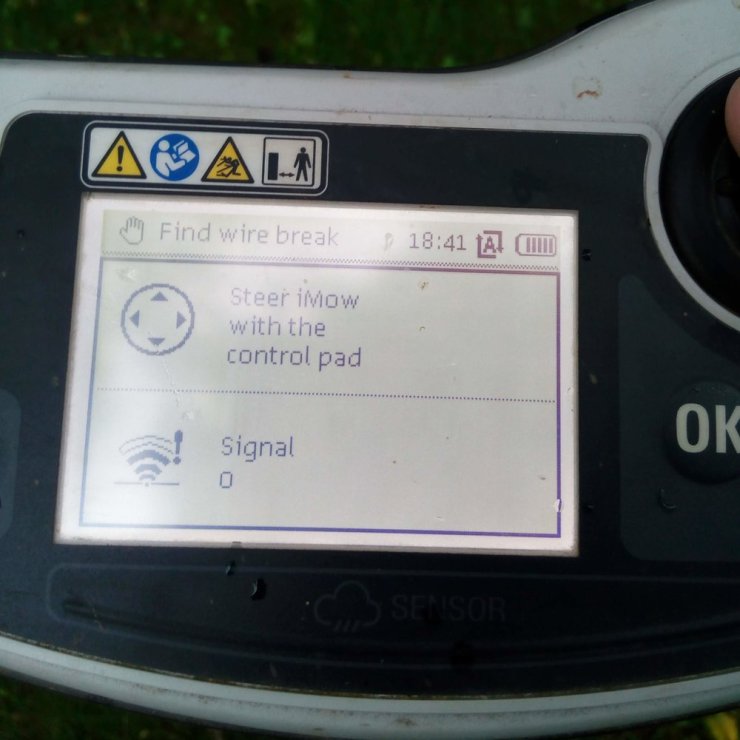 I also learned that if you coil the wire you scramble the mower’s brain and it will promptly attempt a self destruct manuever. 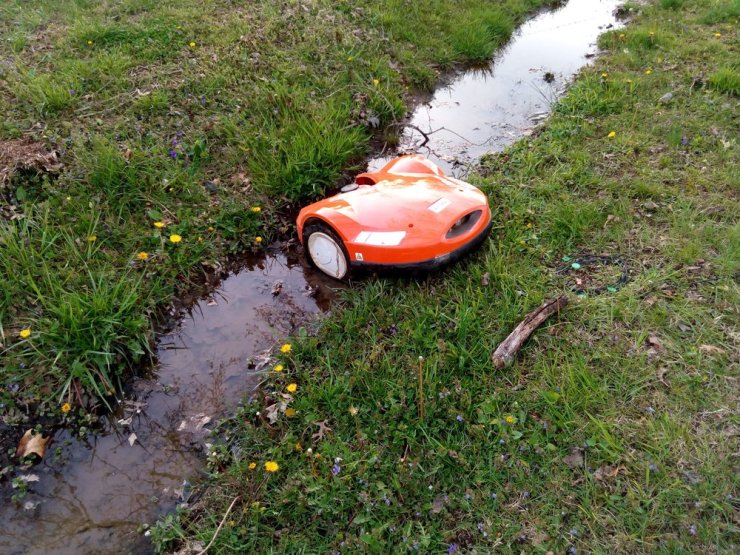 Even though it does well in loose terrain, it’s no match for the amount of rain we’ve had recently. If you step in the yard you’ll lose a shoe, so I guess I shouldn’t be surprised that it gets stuck.

There you go, robot mower, buy one.